The Target Turnaround is a common Targeting Tactic used by the treasonous Fusion Center Cointelpro Contractors that falls under the category of street theater.

Because I see these at my place of residence daily and have for almost 3 years now, I will post many of the videos which my home cameras capture showing the Stasi/Mafia techniques used in real time. Now one of the deep state's M.O.'s is that everything they do must be done with "plausible deniability." This means they could always provide an excuse as to why their CBAs are where they are - and not because I am one of their Contract HITs on the scam terrorist watchlist, because I know about their crimes... and am not afraid to talk about it.

This is just one of the numerous attempts at intimidation used by those protecting the Satanic kingdom of human sacrifice and black magick on earth at this time.
Because my residence is clearly known to everyone in this Federal Trafficking Operation Planned Unit Development (PUD), it matters very little to me that I am posting it online. Satan's demonic hierarchy has plenty of sold souls and soulless community-based-agents (CBAs) doing his bidding for blood money.

Every single participant in the organized stalking and intimidation tactics at my residence (and against all TIs) is guilty of Treason. I have many of their names, vehicles, addresses, and descriptions to provide to the International Courts when Crimes Against Humanity are addressed.
18 U.S. Code § 2261A - Stalking https://www.law.cornell.edu/uscode/text/18/2261A

The court I live on, my house is the only one on at this time. The land behind my court was all wooded and there was a burnt-down double-wide on the street behind me called Isabelle Ln on the Georgia side. Supposedly, it was yet another drug/meth/cocaine house that someone stole the copper piping from to make a buck. This is a Democrat/Communist Mafia-run Narcotics operation on the GA/FL line.  My home is on the Florida side. You will see how interesting it is that I have so much "traffic" here. This is Stalking by Organized Criminals stemming from their spiritual bankruptcy in choosing to serve the kingdom of darkness. They are the bloodline of satan.

FBI/CIA Contractors have been purchasing all the land in this area to ensure their trafficking and criminal operations flow smoothly. As an independent investigative publisher and known TI since 2017, I am a "problem" for them here. I was put on 24/7 illegal surveillance in 2017 at my old house and the new contractors, cleared a lot and brought in their surveillance home in 2019 right across from Robin Ct. on Quail Ridge Road. There are more contractors on the Georgia side of Quail Ridge where much of the drug making and drug trafficking goes on.

There are no laws enforced here and residents are mostly all involved in the illegal drug trade. One resident who met me when I first moved in is from Nicaragua, and once I found out more about this place it became clear this is likely a trans-national drug trafficking operation. Ran by the CIA or one of the other alphabet agencies that serve Satan's kingdom. Supposedly it's not just cocaine out here but meth as well. Check out this 2019 Tallahassee Article for more info!

As I have mentioned my house is the only one on this court, yet I get daily "visits" here. Now of course, the roads are public but a court is not a thoroughfare. A court has a definitive ending and a beginning. Yet this one is used for traffic (mostly drug gangstas/BLM terrorists/Contractor assignments), ATVs, motorcycles, and vehicles coming from the Georgia side of Quail Ridge into Florida - deep state owned land - rather than the road provided at the stop sign called Two-State Street.

This Satanic Khazarian Mafia, well-known for their human trafficking and narcotics trafficking exploits among other evil activities across the United States of America, only resemble Satan their master, which is how to easily identify them... by their "fruit." For example they are motivated by greed and material gain so they will accumulate many "toys" and live from their egos. They are changed each day into the image of Satan, as God's Children are changed each day into the image of Jesus Christ through the Holy Spirit.

Here in this Mafia-run "community" the Fusion Center Contractors run PSYOPS against me through various methods, yet they have completely failed their demonic assignments. What is truly sad is how often I see young children and teens used during these assignments, and not all of them maybe even are aware under a certain age. The older ones are being "initiated" into the Freemason and Easter Star cults which serve Satan, and are antiChrist. Of course many of the young ones are simply being bribed and lied to because the adults giving instruction are already known as liars and slanderers.

This is going on all over the world, because God's Government is being established in the earth and the forces of darkness know how short their time is. (Also, why they're attempting to cull/vaccinate/genocide as many people as possible in 2020/2021).

This year in January 2021, some more deep state contractors purchased all the land behind my house, clearing the woods so I can see straight through to Isabelle (many contractors over there) on the Georgia side of QR. They are observed sitting in their vehicles waiting for me to pull out of my driveway on some days. Plausible deniability... they are selling this land and using it as a reason to have traffic down here also. However, those of us who recognize patterns during these days of witchcraft/evil see that the plausible deniability excuse doesn't apply here at all, when examining the evidence - and I have tons of it!

What is sad is that they are even still trying... I know exactly who all of the key players involved here are. I also giggle at their attempts. Nice try Agent Deb & Teri, lol. Be sure to tell Freemason Roberts (& cohorts) his "sacrifice" is coming against the Kingdom of Darkness with the Sword of the Spirit, and they will know God's wrath soon if they do not repent. :)
...Of course, this is Black Budget Operations money that most American people don't even know exists, much less what it is allocated for.
It is described well in the COPS Treason Program webpage, to get more of a feel for their demonic,  big picture goals.

I have three good cam angles just on the side facing this court. Typical demonic assignments from the Masonic/Jesuit/Khazarian Mafia... I have still images and videos here with date/description.  Most recent are at the top.

Head over to the Frequency / Noise Harassment and Warfare page also, as much of the traffic sent down this court is for this purpose, and not just the psychological warfare tactic.
ALL STREET THEATER will be included on this page also.

"Every lie will be revealed."  ~ Lin Wood

For the rest of 2021, there are monthly web pages: 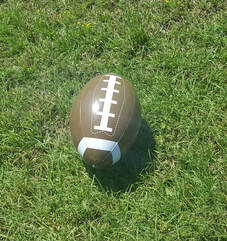 Today was a gorgeous 77 degrees and I got some yard work done.
The first thing I noticed today was an inflatable football was in the front yard off of Quail Ridge Rd. That's not too unusual... people litter all over this place because its full of addicts and dealers. But, I was talking to a friend just last night about the continuation of Moloch/Molech/ Ba'al Worship through human sacrifice and how the TI program fits into this. The fact that society is centered around sports and more specifically a BALL or 'BA'Al... because Christian discernment shows that this is no coincidence. Sports are great fun and exercise, but it has become just a modern-day Roman Coliseum atmosphere. So I wasn't too surprised that the Contractors wanted to remind me that they're always listening to my conversations. (Hopefully they'll learn something one of these days and choose Jesus Christ!)

There were several Gadsden County Sheriff cars that came through the ghetto earlier. And some typical Thug CBA Psyops assignments out in front our property. And then at 4:26pm, "Agent T" in her tan suburban that was brought in also in 2019, like Agent D & Smith, parked right across from the court and just sat there for 40 minutes. I have screenshots of her arriving at 4:26pm and  5:01pm... finally drives off at 5:06pm. (Street Theater) Often, either her or her male Contractor partner over on the Georgia side near the dirt bike mafia traffickers drives by with their cute little undercover cop light on top.