Happy November fellow Targeted (Empowered) Individuals, Christian Brothers & Sisters, Researchers, Friends, and those of the Judeo-Masonic Mafia orchestrating this Blacklist Zersetzung Program against TRUTH-lovers worldwide! Read all about the Covert Communist Mafia program and how the current matrix system ensures no one is ever held accountable for their crimes against Humanity. Ultimately, all of the evil assignments and mandates done on earth are coming from spiritual places of wickedness, whereas all of God's Divine mandates and assignments come from the seat of All Authority... GOD, the Creator.

All of God's Creation is filled with the HOLY SPIRIT. All of satan's adherents on earth are filled with demonic spirits. The FRUIT of the Spirit we learn about in Galatians 5:22-23 will provide insight into whether someone has God's Spirit in them or not.

The mafia that runs Quail Ridge here in Gadsden County, FL and Grady County, GA utilize the Bishop's Travel Center out on Highway 27 (Decatur County, GA) to do some of their "business" with no recourse, as it is a Federal state-sanctioned narcotics operation. As with all CIA-run operations those involved are granted immunity and human trafficking is also likely involved. Black Magick Witchcraft through both freemasonry and eastern star organizations have people under spells that keep them oblivious to, and uninterested in, the truth about anything going on. God's people are called not only to seek for and speak the truth, but also to expose evil - to uncover things which will not stay hidden, such as the institutionalized pedophilia/sexual abuse of children plus child/human sacrifices / adrenochrome harvesting. 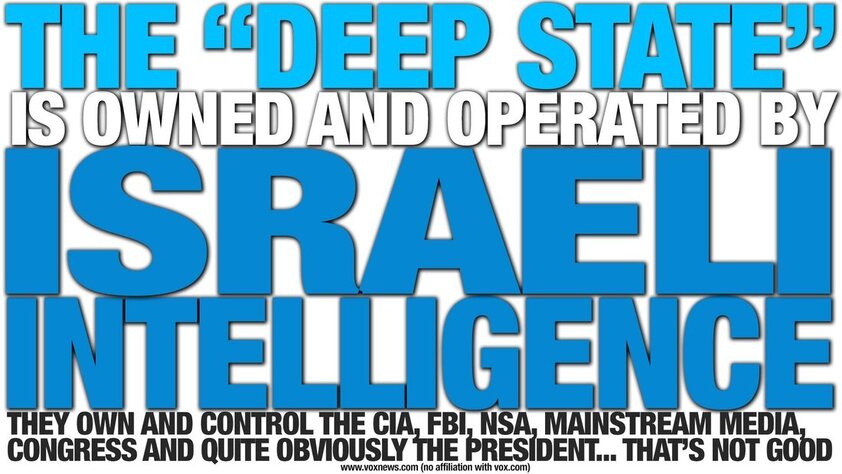 All Presidents in fact, since JFK who tried to warn the American people about the JUDEO-MASONIC MAFIA that had already infiltrated the CIA and FBI.

When you hear the words "Deep State" this is what it is. They control the USA's Military-Industrial Complex. Their god is Satan (no longer called Lucifer when cast out of God's Presence). Bloodshed and Money is how they can be recognized by Aware Souls. They coverup the ritual blood sacrifice, engage in human trafficking and targeting of humans who have eyes to see through the matrix system. Anytime someone has come forward to out their crimes, they are killed. This should be a big clue!!

God's HOLY Army is much larger than the minions serving satan however, and his time is short!

There are always many more videos and images that I have than I post... these workers of iniquity, the children of disobedience, the Serpent SEED have provided YEARS of evidence that if our court system weren't already owned by the same Mafia, I could destroy them in 4 hours with a real judge. The only REAL Judge, however, is our Father in Heaven! The info for 2017-2020 is on the way. They would all be tarred, feathered, and what is the punishment for TREASON again...? Yes, that's right!

The beginning of November started with hundreds of vehicles out here at the intersection of 27/111/159 to re-pave the roads. LOL. These roads in no way needed re-pavng, but you may be familiar with another thing called spending waste. It is so nice to see Americans waking up to the fact that it has never been red v blue but Liberty v Tyranny. What did that cool guy Thomas Jefferson say that is quite relevant here? Ah, yes....

I believe that banking institutions are more dangerous to our liberties than standing armies." - T Jefferson

Friday is the day garbage is picked up and either the whole Florida side of Quail Ridge was just skipped, or my home was missed intentionally (other TIs can relate!).
When you are blacklisted, your "service" companies become even more incompetent than they already are.