God has shown me how the demonic persecution I have experienced ties in to the strongholds here. Strongholds of drug addiction, trafficking, deception, and pride are prevalent here. This morning I began a regional/community spiritual warfare prayer - that I have added to my daily prayer list - which exposes many of the spirits residing in certain territories. This prayer also was one that teaches all the ways in which Satan and his demonic hierarchy gain ground in an area and uses generational sin to set up a stronghold.

Here is a short list of some of the legal claims Satan can make in neighborhoods and communities to take over if any of these things were or are done:
Targeted Individuals are Ritual Sacrifices:

Christians are given the authority in Luke 10:19 to rebuke and bind these demonic forces and send them packing.
It often takes 2-3 of us to come into agreement to bind this type of satanic stronghold.
Jesus teaches to first bind the strongman who is set over it. Here he is teaching a principle of Spiritual Warfare.

And he said unto them, I beheld Satan as lightning fall from heaven. Behold, I give unto you power to tread on serpents and scorpions, and over all the power of the enemy: and nothing shall by any means hurt you."  ~ Luke 10:18-19

No man can enter into a strong man's house, and spoil his goods, except he will first bind the strong man; and then he will spoil his house."  ~ Mark 3:27

Many modern Christians would prefer to hear "feel-good" messages and avoid the topic of Satan's wicked deeds altogether, however we are taught not to be ignorant of the Devil's schemes and devices. Furthermore, we are to also be casting out demons today and setting the captives free, no differently than when Jesus walked this earth.

What God has shown me very clearly is that beyond the "issues" of racism presented in politics, is the Real History that slavery and KKK activities were - and are - occult practices and Satanic Blood Sacrifices. Evey time an innocent black person was killed it was a ritual blood sacrifice. The facts that tie Freemasonry to the KKK are pretty damning as well. This is all information I encourage you to research and approach God about, as it will provide great clarity in your perspective of world events.

Here in the South, every piece of land walked upon could have very well been the place a innocent human was murdered! (This is the case for anywhere on earth as well, I'm focusing just on how this links to the increase of racism and spiritual warfare.) I look around this area and wonder how many of these trees were used to hang an innocent person?

The Civil War where more blood was shed here. The whole of it is sickening.

The truth that the "hidden hand" and other official bodies of worldly authority have been covering up through "entertainment" ...

So, do comprehend that specific areas, territories, and regions have different satanic strongholds based upon its history.
You may have had an experience where you traveled somewhere and it felt either "lighter/freer" or "heavier/denser" based upon the geographical location.
This is generally one of the reasons for such phenomenon. 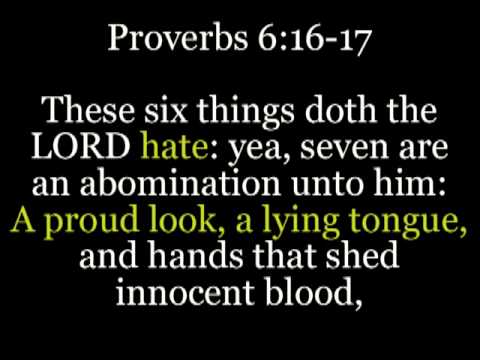 This subject gets a little confusing for those who believe the entire Bible is infallible, because the god in the old testament demanded innocent blood be spilled and was a
completely different being than who Jesus Christ Is. Jesus Himself showed us who the true God Is through Himself. The New Testament really clears up a lot what was injected
into Scripture by the Roman Catholic / Synagogue of Satan / Death Cult Societies for the sake of controlling people, rather than FREEING people which is what our Lord, Jesus Christ came to do and did on the Cross of Calvary.

Today, the Holy Spirit has been poured out upon all flesh, so that Christians are being given more truth and are empowered to represent Jesus Christ in these last days . And those without the Holy Spirit are becoming more and more demonic, as the spirits of witchcraft and Satan control their lives. It truly is either you are filled with Righteousness or Unrighteousness. You can't compromise with your Soul!

Those who reject Jesus Christ are today led by their own fleshly lusts/desires and the false god of this world, the father of lies.
Judaism is Satanism by Michael Hoffman

Christians, filled with the Holy Spirit, are eternally connected to Father God, the Creator of Heaven and Earth, doing the will of Him who sent us. We are not conformed to this world, but daily transformed into Christ's likeness by the renewing of our minds. (Romans 12:2)

For there are many unruly and vain talkers and deceivers, specially they of the circumcision: Whose mouths must be stopped, who subvert whole houses, teaching things which they ought not, for filthy lucre's sake.
One of themselves, even a prophet of their own, said, 'The Cretians are always liars, evil beasts, slow bellies.' This witness is true. Wherefore rebuke them sharply, that they may be sound in the faith: Not giving heed to Jewish fables, and commandments of men, that turn from the truth.
Unto the pure all things are pure: but unto them that are defiled and unbelieving is nothing pure; but even their mind and conscience is defiled. They profess that they know God; but in works they deny him, being abominable, and disobedient, and unto every good work reprobate."  ~ Titus 2:10-16

The human sacrifice and cannibalism during the days of ancient history did not go away... it simply tried to hide.
Which is why the satanic world system's demonic hierarchy has so many layers of agency, bureaucracy, secret societies, commissions, and foundations.
High-ranking demons oversee the initiation and recruitment into Satan's kingdom.

Satan's two key attributes are MURDER and LYING. Those who are found murdering and lying are either indwelt by Satan or influenced by the Spirit of Satan.
Anyone who belongs to Christ will be convicted of this reprobate behavior and repent. Humans who habitually deceive others and enjoy killing - animals or people - do not belong to God the Father but the god of this fallen world, the father of lies.

The first-born child in days of old would be marked as a sacrifice. In other words the oldest child born to a pagan/non-Christian parent(s) was turned over to Satan.
Torture, human sacrifice and cannibalism are abominations to the true Living God. These unfathomable evils are being carried out all over the world by the children of disobedience.
The No-Touch Torture Program ran by Satan's kingdom is a modern version of human sacrifice, that most professing Christians are unaware of.  The religion of Christianity was infiltrated, perverted, and controlled by the same vampires and murderers who still control the world's monetary system.

Child Sacrifice continues in this system and is protected by those serving Satan.
https://www.brotherrahman.com/children-being-kidnapped-for-black-magic-rituals/ Modern culture is Satanic to the core, and this is clear to anyone who has a real relationship with Jesus Christ.
Children are sexualized at the earliest possible age and made to believe their purpose is to pay taxes, so the satanic antiChrist system can carry on harvesting energy from souls and creating suffering. Pedophilia is widespread throughout Human Sacrifice Cult bloodlines and their minions... the freemasons, and their bloodlines.

Those who recognize the patterns, see through the lies, ask the right questions, and even call out sin for what it is... sin... are marked, listed and are labeled enemies of the state.
Yet, I tell you now that to be an enemy of the state and a friend of God is the right place to be. To be a friend of the state (Pharaoh) is to have sold your soul for material gain and chosen a life under Satan's control. Their fate is much worse when all is said and done.

Murderers and liars are they who have chosen Satan's way. They are many... they take the wide road where they are loved by the world and have made themselves an enemy of God. 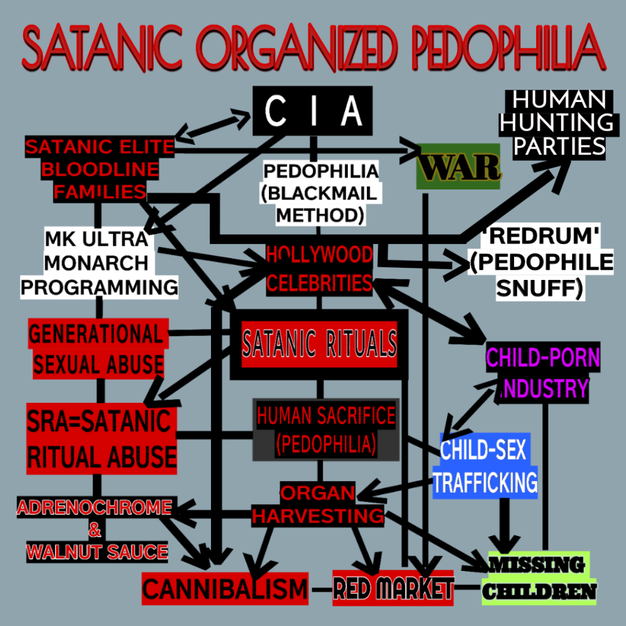