The demonic technology used today is in the hands of those committing crimes against Humanity.
Every Soul on Earth needs to be familiar with the terms EUGENICS and GENOCIDE, as these are two of the goals the Luciferian Elite have for us.

If you have seen the film "2001- A Space Odyssey" you will recall that Artificial Intelligence over time took on an "intelligence" of its own and was no longer under the control and direction of its human creators. We have a reality much like this today with those "leading" the way with profit over concern for irreparable damage in their minds.

Supercomputers are a reality that have been hidden from the majority so that the practice of suppressed technology can continue. The elite can't keep you under their thumb
if you, the general populace, have access to Free Energy. Supercomputers are also being used to project a false "holographic" reality in TIs and individuals whose BRAINS and/or DNA have been hacked! This is simply unthinkable tech which goes with the Wars in Heaven... Spiritual Wickedness in High Places. Quantum computing has allowed technology that is hidden from the public, like all suppressed tech is, and creating false timelines for certain targeted individuals.

ELF Waves (Extra-Low Frequency_ have been used as a weapon against the Civilian population for a very long time.
But as Lin Wood, a great Christ-Follower and Freedom-Lover says, "EVERY LIE WILL BE REVEALED."

Satanic ARTIFICIAL "Intelligence" is again nothing more than the arrogant mockery of God's true Kingdom by the Satanic/Babylonian elitists trying to "become" God themselves.

They are following in their father satan's footsteps. The Hive Mind is an actual quantum reality that  is quite similar to the "WWG1WGA" acronym as the legion of demons will all go to the same place. They are all connected to the CIA supercomputers and their brains linked so that they cannot think for themselves only obey their master satan's orders. God gives His Children wisdom, while satan provides something artificial to his slaves.

Considering that the civilization of Atlanteans (Atlantis) took their ability to use artificial intelligence too far and destroyed themselves should be a huge warning to Humanity. Playing God will not bode well for those who try to reach higher than God's intelligence... without God. The division between God's Children and the seed of Cain/Satan's "kids" becomes clearer day by day. No one can violate the principle of free will, and if someone chooses foolishness, hatred, and their own destruction, nothing can stop them but God's intervention.

Below I have posted some screenshots from a Twitter Thread on the topic from a Liberty Profile.
(Copyrights belong to Twitter and Original Poster - "Liberty Times & Politics") 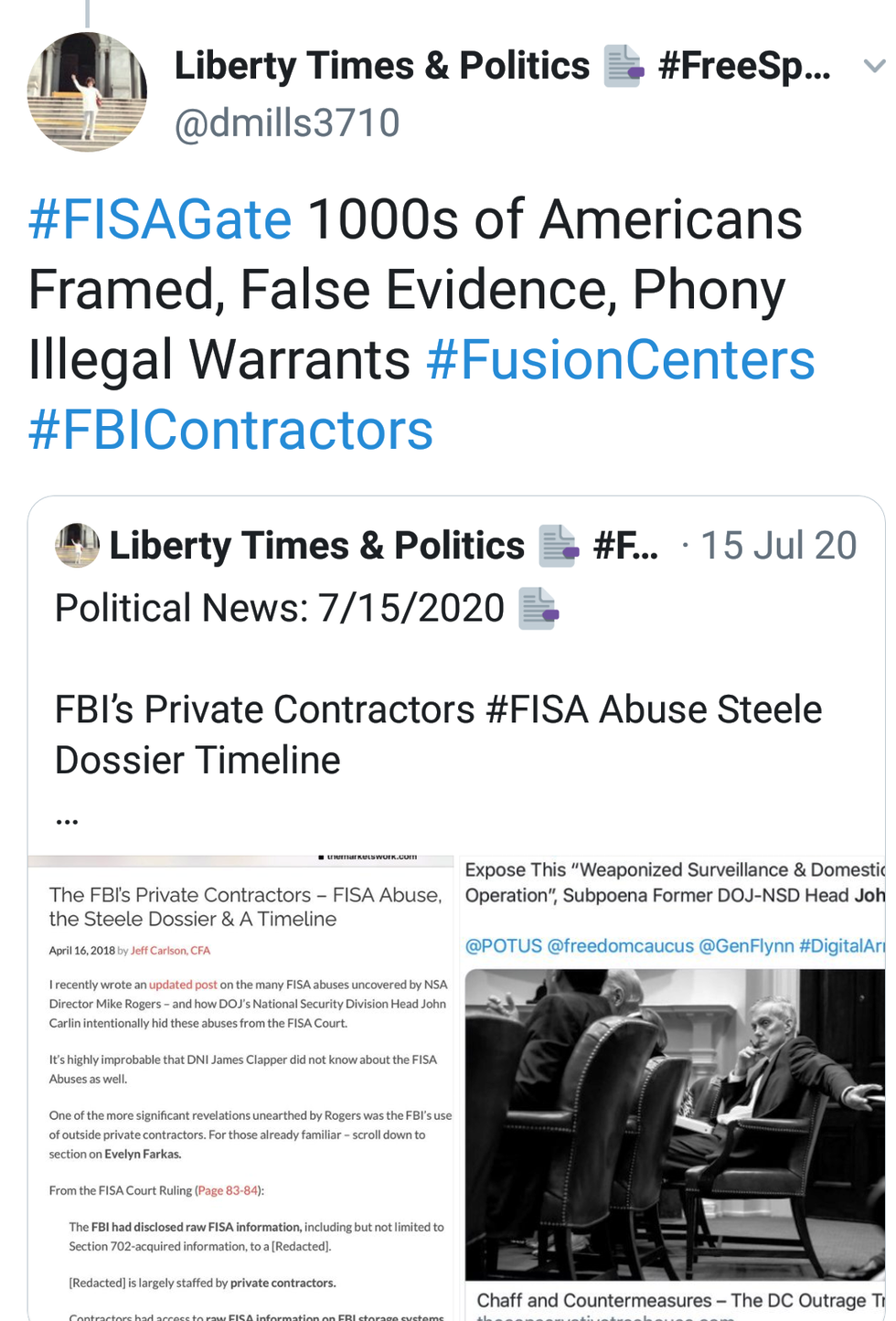 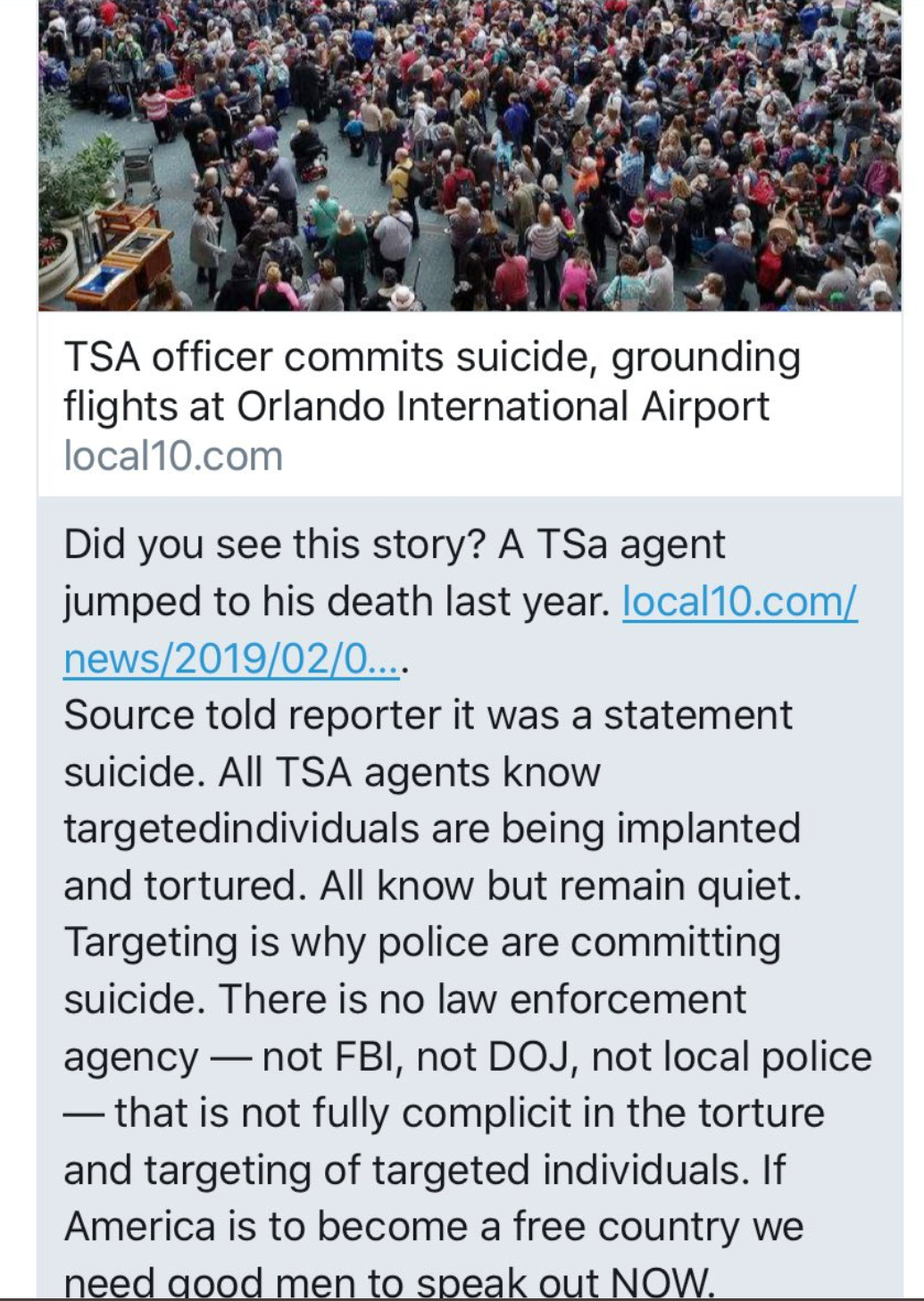 Human Beings have been made into non-consensual "subjects" of Trauma-Based Mind Control, Social Engineering Programs, and DNA Experimentation by the Enemy.

Some people are now waking up to the fact that the Enemy and His Minions are working from the inside of the social "structure" we were born into.

Christ taught Love & Sovereignty. He came against those who enslave human Souls.