If you have ever seen politics in action you know that one of the main tactics used by these puppets is discrediting their "opponent."

“The Jewish Bolsheviks regarded politics as a branch of Gentile pest control. Hatred of Christians, especially the “Bourgeoisie” was their prime motivation. The systematic destruction of the Christian peasantry of Russia as so many vermin, beginning with Lenin’s attack on them in the summer of 1918 and his forced starvation in 1921, has been completely ignored in Western History.”

Those who love the truth and have accepted Jesus Christ to rule their hearts know that politics is Greek Theater... which goes along with the "bread & circuses" that have been provided to stifle any "gentile" free-thinking. The puppets are simply there to shield the criminals who engage in human sacrifice and cannibalism, human trafficking and all the evils that go along with their psychotic "religion" America has been indoctrinated into.

It was Hitler's own propaganda leader who told us the truth about the "State" which is our current antiChrist, Ba'al/Satanic world system.
These quotes from mass murderers ought to suffice as ample evidence that controlling "public opinion" and smearing the opponent/enemy is one of the most important things that must be done to maintain their illusion.

When Jesus Christ walked the earth HE called out liars and exposed them. This leads me - and many others - to believe that TRUTH is something that is very important to our Father God! Those who tell the truth are on the narrow path and a remnant as we see that liars are part of the group in Revelation headed for the lake of fire.

To maintain the lie that this covert program doesn't exist is imperative to the satanists who run it through every County Sheriff's Office in every state and in every country in our world. That is why when a TI moves the zersetzung and trauma-based crimes against Humanity continue with a brand new group of paid participants! (Community-Based-Agents) This is proven and cannot be denied by those of us who have plenty of testimony. Testimony is another very important thing to God! It is telling the truth.

Now that real testimony has gotten into the media and online the smear campaign to discredit that the program exists at all is clearly seen everywhere. Just as Hitler had a propaganda "minister" on his payroll, America has millions of trolls/agents online putting up content which is meant to persuade the public that anyone speaking about being targeted is insane. In fact, they put their own trolls online pretending to be targeted and then acting completely crazy not having anything to do with what a truly targeted Soul undergoes to discredit the program further. The lengths that feds will go to to attempt to "repress dissent" is telling. What kinds of secrets are they hiding? What percentage of the public would need to be able to entertain the possibility of the actual crimes going on by "leaders" for it to become self-evident truth? Could the public handle knowing the truth of ritual child sacrifice? That cops and military protect those who participate?

When symbolism is used in mass mind control and those who 'loved not the truth but believed the lie' are the majority... they begin to just think that being accepted by their peers and relatives who think that sin must be cool because everybody does it is normal. It becomes their habit. Their way of life. They think being part of satan's mafia family is awesome as it provides real-time benefits! But have they chosen the world and sold their soul??

For a true targeted individual, the smear campaign on our character begins immediately. If a targeted Soul belongs to Christ and exhibits Fruits of the Spirit such as patience, longsuffering, kindness, and patience in the midst of the fire, then lies must be told or something in the past be brought out. The Zersetzung Program using County Sheriffs, the Masonic Mafia, and as many community-based-agents as they want lie in wait to snare us, to entrap us. They need to get us out of the way, their goal is to traumatize us covertly and often overtly to the point that we respond in a way that will have us arrested, institutionalized, or killed.

They are the seed of satan and they think our lives are a "game." We are the hunted.

But Father God is going to do a new thing with the devil's chessboard... because God's Children have the victory in Christ, when all is said and done. 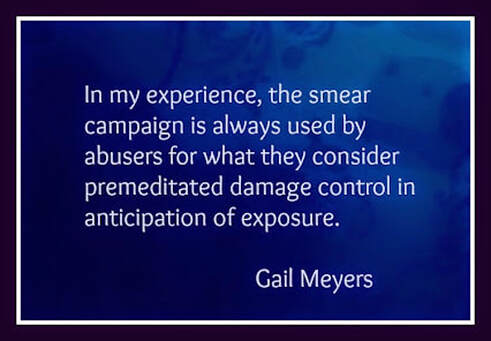