Like all of the rest of the Targeting Tactics used by the satanic mafia on Earth, street theater is simply meant to create a negative/hostile environment around a Target - and one of the main reasons the masons OWN the automotive industry. Dealerships provide vehicles for targeting campaigns regularly.

Street theater is one of the most common and easily distinguishable hallmarks of all the CIA/Mafia zersetzung tactics.

CBAs and county/city vehicles are all involved in this theater. The hive mind participants almost always have airpods in their ears. TIs can recognize the CBAs as they are darkness, wicked, cruel, and all have been enlisted in the satanic army on Earth at this time.

Just as all the members of God's Family have essential roles, callings, and duties... satan's counterfeit anti-Christ system enlists and recruits its members who reject Christ and prefer the material "god" of this world. They willingly serve satan in taking their assignments against God's People. Their "club" is full of masons, eastern star, black magick hoodoo/voodoo in african american communities, jehovahs witnesses, mormons, drug dealers, drug traffickers, police departments, county sheriff and so many more "respected" community positions. This is the anti-Christ system, even those claiming to be Christians... examine their fruit!

The NSA/CIA/FBI/DOJ and every alphabet agency currently committing treason OWNS the County Sheriff, all police agencies. The military-industrial complex and the satanic military of human sacrifice has always been guilty of crimes against Humanity and protected by their own man-made system. Because these contract hits come down from top clearance military orders, when they say "jump" all their state employee peons and local mafia are quick to reply, "how high?"

The attempt to intimidate a U.S. Citizen at their residence and as they go about their lives through targeted harassment, sabotage, and psychological operations just to name a few is all part of the cross we bear to truly follow Jesus Christ and forsake the world. But even these abuses God still uses to strengthen and show His power through us in our perceived "weakness" by the world as we seek not revenge on these untold numbers of enemies confederate against us for His sake.

Now, for the plausible deniability of their overt & covert criminal behavior, the vehicular theater must appear to be not directed at anyone but just random things that are a coincidence. When the increase of the frequency of these coincidences became clearly organized, I began putting security cams up in my windows in 2017 and dashcam up in 2020, and I am thankful God's Wisdom showed me what I was seeing. Gaslighting is essential in this military BlackOp to make you disbelieve what your own eyes are telling you... to make you question your experiences, your reality... and this is a deep satanic crime. It is no coincidence the world is full of narcissists.

Our experience, and specifically our TESTIMONY, is exactly the power they fear most. We have seen with our own eyes these things happening. We tell the truth, unlike a world whose matrix infrastructure is built upon a web of lies. Never let the satanic mafia make you disbelieve what your are seeing, feeling, and experiencing. The Holy Spirit is also our witness! Along with the host of Heaven.

A common mafia street theater experience for me is coming back home and on my street there are city vehicles, county trucks, and random vehicles suddenly all right outside the home or passing me on my way. It's all so very "coincidental,"! lol. I've gotten to a place where I literally shake my head at their attempts to disturb me because they are looking for a reaction. They need your reaction and want you to be afraid for your life at your own home... to make you very uncomfortable so you are living in the world they do, under satan's thumb. They live in fear and guilt because that's how the mafia rolls. They don't know the peace that transcends all human understanding.

Organized Street Theater Tactics:
Any of these things are common to see, so when the same ones happen repeatedly (many times a day and every week) by the same "actors" and all those working for the city, county, and state agencies... it is clear to see the organized attempt to "break down" and degrade the life of their target through getting in their head as much as possible. This is ultimately mind control. Trauma-based mind control, and satanic ritual abuse are so common in "American" culture now, that most do not recognize it, because they watch TV. TV programs and desensitizes human minds controlling the watcher's thoughts,perspectives, and their behaviors.

Witchcraft & sorcery is the use of manipulation and intimidation with the intent of domination. To control.
Then there are many specific methods used to harm humans and God's Creation which branch off from this basic definition.
To comprehend that witchcraft is the perversion/inversion/corruption of authentic human communication and God-intended human interaction is essential!
Zersetzung is witchcraft with the intent to traumatize until death.

The Roman Empire (Vatican - Serpent Seed) still tortures people to death with only a change in name and their methods.


Contract hits (one form of human trafficking), like narcotics manufactured and trafficked in America, is big profits for them.
This is the reality so many want to pretend doesn't exist. It's time to grow up and face the truth. Most people are addicted to something because they are
trying to cope with life in a world ran by black magick witchcraft and satanists! There is nothing natural or normal about killing living beings.

Streets belong to the state, and the state is owned by the mafia...
It's a trickle down system. Full of abuse, trauma-based mind control, murder, bribery, pedophilia, blackmail, and passed down to generations.

You cannot follow Christ and fall at the feet of Ba'al too. Their is only One CREATOR of the Heavens and Earth.
The counterfeit system's lies are exposed further every day and their own fake "justice" system isn't going to do a thing about these criminals. But God will. 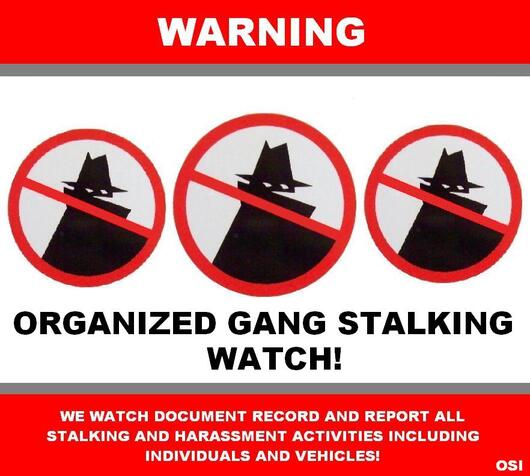