Now the Adjacent Agent's house is monitoring my home illegally 24/7.
The Cointelpro Manual provides specific details of how their organized crime syndicate operates against innocent Americans (and globally as well)

I will provide some examples from the past few days that show what they do here, although it is just satanic assignment to attempt to control my feelings.
Every TI needs to know that the attacks on you are all from the pits of hell looking for a "reaction" or to make you feel terrible.
That's why you MUST be in Christ. When you have on the armor of God, the targeting is not able to penetrate your mind because your mind is being
renewed daily by Jesus!

IF THEY CAN'T CONTROL YOU WITH FEAR,
THEY HAVE LOST. 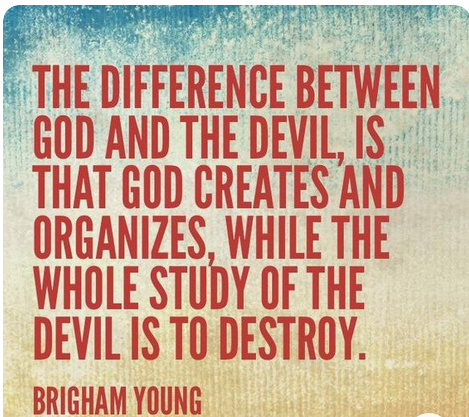 There have been MANY residents of Quail Ridge who have signed up for their community-based Agent deal to get paid for targeted harassment.
With unlimited financial resources, it's easy to bribe those who are not morally upright or in a personal relationship with Christ.

The typical CBA (community-based agent) follows the manual teaching them how to covertly persecute a targeted individual at their residence.
This manual is clear and has been written/adopted by the Deep State who runs these contract hits on human beings.

I am familiar with and very AWARE of all of these tactics used here in Quail Ridge - which is a CIA ran Drug Trafficking (could be other types of trafficking as well) Operation that starts in Florida but the entire back half is in Georgia. Residents are mostly all drug users, addicts, or Contractors/Masons. There are key residents from Nicaragua and Mexico so it isn't just

Again, in January 2020 when reporting this trafficking activity to a Gadsden County Sheriff Officer Cummins I was told to "keep a low profile."
Sheriffs protect the state, not the citizens. Americans need to be informed.

The most typical targeted harassment is noise campaigns involving gassing engines and "boomcar" bass from vehicles which is a very specific frequency harassment to attempt to attack a target's nervous system.

Limmer Lane is the name of the street on the GA side (which conveniently doesn't have a street sign up) where the man who drives the orange/tan Ford Ranger and Harley Davidson has organized the dirt bike gang to do continual harassment, and is very involved in the drug operation. I do know his name and address. He is a married, caucasian male in his 50s/60s.

The next most frequent tactic used is by the book, street theater perps in front of our property especially when I leave or arrive home.
In their Manual you will read all about this Stasi method. Recently it has been an old man walking with a cane. They try really hard to make it look deniable, hahaha.
In Ohio, there would be "disabled" CBAs outside also. Just like hired actors for false flag operations, there are plenty of sold-out thugs.

There will be CBAs walking their dogs that just happen to stop in front of our property and vehicles stop to "talk." Classic street theater.
For anyone that is not a "contract hit" this would appear perfectly normal. That is why I keep record and document the daily tactics they use.
It is undeniable when you see the day-to-day tactics used.

The kid (20s) driving the white SUV with black hood living in the first house on left in Quail Ridge and the 30 yr old in the 2nd log-cabin siding house on left that drives the Avalanche and White truck that does the nightly drug running (1a-5a), are two of the main community-based assignment agents here. LOTS of video of these organized criminals here. They began targeted harassment within a few months of moving here.

The mustang thug is supposedly the kingpin's son and began targeting me once the Deep State Adjacent Agents set up house in in 2019.
I have video of him riding his motorcycle and gassing it as soon as I arrived home and had just stepped out of my vehicle. He uses his two yellow mustangs - besides his drug dealing activities - for frequency harassment also.

These psychopaths are sick and satanic so as the Adjacent Agent monitors my activities inside my home - ILLEGAL and CRIMINAL - the mustang thug will start up his engine at very specific times that are obvious to me and orchestrated by the Manual for CBAs. He also has pulled out of court at the same time I pull out of my driveway, be driving toward the exit of QR as I am driving home, he has pulled out of side streets at the exact time as I am passing that street traveling toward QR, so he is assigned as someone to heavily target me (attempt to put me in fear through the Masonic Dagger Ritual Abuse Program). Because I have been delivered from fear through Jesus Christ of Nazareth, he continues to try but it has no effect. Christ is THE Healer.

The Latinos that live in the house next to the mustang thug work at the travel center that the mustang thug sells his drugs at, and I see drug transactions going on every time I drive past it. They have cameras up  all over that building. Would be terrible if someone who wasn't a part of the deep state got a hold of that footage!